“Further, you do not call attention to what you’ve been given, or show displeasure if someone seems to have gotten something better than you. It is not the gift, but the gestures of giving and receiving that count.” — Sacred Giving, Sacred Receiving, by Joseph Bruchac

I give away expertise for free from the heart. It’s gotten me into trouble and presented me with personal challenges in my professional career. So when the topic of giving away expertise, products or services for free comes up, I want to know how to continue doing it without being punched in the face. (A term attributed to a famous SEO blogger who often uses it, is now a new mother and hopefully is only dealing with baby fists these days.)

An article written by Mark Traphagen in Medium, called Give It Away: Expertise and the Circle of Giving, resurfaced recently and became the topic for a StoneTemple.com video, Why You Should Give Away Your Expertise — Here’s Why The crux of the topic is this:

“Hyde explores the economics of human gift giving. Why is the concept of the gift something so important in all human cultures? And what does it mean to make a gift or your art…and why would/should you?”

Giving It Away is Not Civilized Behavior

Had the inventor of fire not shared how it was done, just imagine where we might not be right now?

“In 1884, the United States government formally outlawed all Indian religions. Part of the rationale behind the banning of Indian religions was the concern expressed by Indian agents, Christian missionaries, and the Christian philanthropists of the Lake Mohonk Conference regarding the American Indian practice of giving away their material possessions. Many non-Indians were scandalized by the Indian practice of the give-away. For Indians to become civilized, they argued, Indians needed to understand the importance of private property.” — The Give Away

I experienced a taste of this uncivilized behavior one Christmas when I was invited to a friend’s house to participate in otuhan, which is Lakota for “a giveaway”. The host lays a blanket on the floor and everyone places a gift on it. Traditionally, this gift is handmade and may have a story behind it. It may even be a beloved possession. Once all the items are spread out on the blanket, there is an order to choosing your own gift, such as the elders and children go first. There is no lingering. Spirit offers guidance for the choice of gift to choose. It is customary to discuss the gift you chose with the gift giver and praise its craftsmanship or express gratitude that it was available when you needed it.

It was explained to us that one of the benefits was that all the items were distributed within the tribe, increasing their chances for survival and reinforcing the community’s language, traditions and culture. I’ve thought about this with regards to the forums I founded in 1998, Cre8asiteforums, which hosted a “Website Hospital” where a member could present their website for feedback and testing at no charge. The only form of “payment” we required was to offer to help someone else with their website in return. In this small way, the success of members’ websites was traced to the support provided by the tribe of forum members, the culture of web design was sustained and nurtured and the community itself bound together by their experiences.

Why Give Away Expertise?

“The give-away functions as a public recognition of the individual’s new status and/or their thanks for the blessings they have received.” — Native American Netroots

When I started my career in 1995 in web design, SEO and Usability, I was a single mom of two with no child support or alimony (because I refused to take it), about to be homeless (I promised my landlord I would sell enough SEO services at 2am in the morning to make rent and did), and self-taught in everything. Whenever I needed help I went online to chat rooms, email lists and forums. I conversed freely with dudes named “Stallion”, who were dumbstruck to find a female asking technical questions, and after I turned down their offers for phone sex, I got lots of free advice. I miss those days.

Anyway, the mentoring business was HUGE in the 1990’s. There were several pioneers in the SEO industry then. It’s where I met “Black Knight”, akaAmmon Johns, whose nose for B.S. has never been matched and“Fantomaster”, aka Ralph Tegtmeier, the godfather of “Black Hat” SEO.  Danny Sullivan launched the Search Engine Strategies website and website promotion, which it was called then, became a real industry with one leading teaching site that started out for free.

Mike Grehan wrote a book in 1999 about how search engines work that blew everyone away with how well it was researched. At 350 pages, it sold for $95, and although not free, everyone clamored to get it. The book catapulted him to fame because of his story telling ability and willingness to dig up and share what everyone wanted to know.

The tiny hosting company I used in a local town taught me what FTP is and answered my endless server questions for free whenever I called up the owner. Two brothers mentored me in Miva code, hosted Cre8asiteforums for me for free on a small country farm in New Jersey out of a kitchen with kittens scampering around, sent me money to feed the kids and when I graduated from newbie to somebody who was considered an expert, hired me for my first real consulting gig with a global corporation.

I learn quickly and as soon as I nailed down skills, I returned the favors given to me by helping others. It’s good karma. But is it worth the time and effort?

Sharing expertise for free comes in many forms. You will find free e-books, blog posts, articles and slides containing advice that has been tested and proven to work. Mentors can be found at conferences and conference speakers loosened up at bars love to boast about their secrets to success. Just pay for the networking fee and you have an education with beer and pretzels at your command.

There are some reputation management benefits to sharing expertise for free. Certain rules apply however, such as not asking for anyone’s personal information and first born child in return for a free course, free webinar or free pass to a new tool. Marketers believe in attaching strings. They can’t function otherwise. They are the people who want to punch me in the face when I ask them to consider user experience and conversions design.

Today, creating circles of expertise is easier thanks to social sites and utilizing video, radio and podcasts. Recent newcomers to the mentorship scene areSteve Gerencser and Doc Sheldon, creators of Mentors on Tap

“We don’t pretend to know everything, of course. But what we don’t know, we’ll try to find out.“

Ammon Johns, Bill Slawski, Eric Enge and Mark Traphagen can be found on Google Hangouts providing free weekly Q & A sessions with Google representatives and internet marketing experts from around the world. You just have to log in. Try Bill and Ammon’s Bogus Hangout and catch up on all the videos on YouTube.

Is Giving It Away Worth It?

I’m afraid to admit I have too much personal experience with the “Cons” side of the column. It’s in my nature to want to help but for every atom of generosity my Soul possesses, there is an opposite and equal force of people who will suck the life out of me and wonder why they should ever pay for my time. And I have allowed them to.

These people see “Free quote” or “Free Trial” and don’t understand that “free” didn’t include the entire project or service forever. I’ve had people beg me to work for free. Demand it. Try to use weird mental maniuplation tricks to make me feel as though by not working for free, I’m no longer a respectable human being.

Free expert advice is more than likely ignored. That one has always been a mystery to me. I have explained how to increase revenue, with screen shots and in some cases, actually gone into the site and created a test page that will do the trick, only to be turned away. I think it says a lot about my character that I don’t cripple those folks who gave me the keys to their server, right?

Barter is another way of providing expertise in return for something. It’s nice until your expertise is worth $10,000 or more and the barter arrangement doesn’t include a trip to Aruba or lifetime supply of massages.

When you send someone a message in a web page form, Facebook, forum, or Twitter offering unsolicited advice, two results are more likely to occur. The first is that you will be perceived as a threat, especially if there is any hint of a critique. Have you noticed that the practice of inviting people to contact the webmaster if there is a problem using a web page disappeared?

The second possibility is that nobody believes in kindness and you will be suspected of wanting something in return. This fear is so strong that I try to remember to inject a “Hey, just offering dude. Not trying to weasel you into making me your new bestie.”

Ego and all thoughts of fame and fortune are other reasons to refuse to give away expertise because for starters, the person on the receiving end will forget you exist so fast it will make your head spin. Don’t count on being heralded as their savior or thanked when they got their investor and made their first few millions. The law of non-attachment, and practice of letting go of ego, vanity and greed have all been my own personal head games.

Thank you for the spiritual growth opportunities.

Giving Away Expertise Is Not Always Welcome, But Be Thankful Anyway

I created two guidelines for helping people for free.

When I get overzealous and plow ahead, ignoring my own rules, I get so nervous that I step into the dialog, back off, return to the conversation, dance around anything that could possibly be interpreted as an insult, decide I insulted anyway and end the conversation out of my own personal terror.

In my personal introspection into giving from my heart, I read where the reward is in being thankful that I could provide any help at all and by giving away expertise for free I have been celebrating and honoring the gifts I received.

“In 1992, I was involved in putting together a gathering of American Indian authors that attracted more than three hundred native writers from all over the American continent. When those of us on the planning committee were seeking a name for the event, the choice we ended up making was “Returning the Gift.” It was a title inspired in part by Tom Porter, a Mohawk elder who came to one of our meetings and opened it with the traditional Thanksgiving Address, in which every aspect of Creation, from the Mother Earth, through the Waters, the Plants and Animals, the Winds, the Sun, the Moon, the Stars, the People, and the Creator, are greeted and thanked. It reminded us of all the gifts we have been given, including the ability to express ourselves with words.” — Sacred Giving, Sacred Receiving, by Joseph Bruchac

Providing expertise for free works best when offered from a place of genuine caring for the person(s) on the receiving end. They may not always recognize or welcome your gift. In Native American cultures, the practice of giving and receiving allowed them to practice humility and non-attachment. They believe there is a spiritual power behind it all, which creates the sacredness.

Imagine if we never shared our fire. 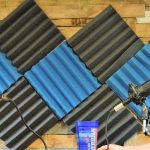 The Unpredictable Website Visitor and How to Capture Their Attention 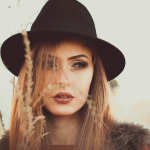