Web design for mobile friendly web pages is not new. In fact, it’s ancient history. And while most companies slept through mobile design, Google decided the future is “mobile first”.

In 2016 Google did two things to wake up the world to the realities of the mobile user experience. They began with an automated mobile testing tool that anyone can use for free. Next, they sent website owners, with accounts in Google’s Webmaster Tools service, warning notices that their pages failed Google’s internal mobile tests. And P.S., if you don’t fix the issues, Google might not continue to crawl or rank your pages. 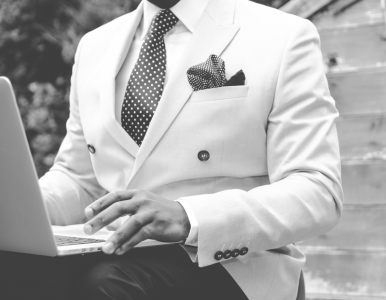 The response to the news and warnings varied from panic and hysteria to outright denial. “My website is not used by people with cell phones”, many site owners claimed. Independent solo site owners rebelled and stubbornly swore up and down that Google had no right to dictate how their websites should look. But like I said, mobile design was by then ancient history. Just ask any mobile app developer. Or someone like LukeW,  who has been teaching how to design mobile friendly forms and written a book called “Mobile First” in 2011 and Cindy Krum, the pioneer in mobile and rank since 2006.

Facing a room of caffeine deprived stakeholders? How about anyone holding the purse strings to any additional web design work projects? Or maybe I’m addressing you. So, let’s begin with a nice long yoga breath and look at some of the data.

If you own a website, who are you targeting? For ecommerce, you may be targeting global sales, so global computer device usage data is good to know. In 2015, ecommerce worldwide sales came to 1.55 TRILLION in US dollars. That number is projected to be 3.4 TRILLION by 2019. Global online commerce enables every business to reach beyond local borders. Ecommerce statistics also show that 40 percent of global internet users, or roughly 1 BILLION buyers, made a purchase online.

You may be thinking that your desktop or laptop will meet the needs of your global market. So, let’s continue to investigate.

According to one article Google, 60 percent of searches are now performed by mobile devices.  However, that percentage is not universally accepted. What is more compelling is the argument for multiple device usage, a user behavior where certain tasks are more commonly performed or started from a handheld device such as a cell phone and completed later in a desktop or laptop.
There is no doubt that mobile use is being studied. Adobe released its latest findings for Europe in February 2017.

However, smartphone visits continue to grow, increasing in Europe by 156% since 2014. In comparison, traffic from desktop and laptop computers fell by 25% in the same period, while tablet visits increased by 6% but the share of visits remained fairly static. — Adobe

For ecommerce, the trends are worth following. Adobe reports that smartphone traffic and revenue for retail will overtake desktop by the first quarter of 2018.

North and South America and Europe have the highest mobile broadband penetration rate at just under 80%. The global average is 50%. Half of the planet’s human inhabitants has a cell phone. In some countries, the technological infrastructure is weak, enabling a dependency on mobile. This has helped with online banking and sending emergency broadcasts during a crisis.

With so many prospects available, the opportunities are wide open for you to create something unique, competitive and popular. How do you create that miracle on a handheld device?

The Value of Web Site Reviews

Removing Barriers to Your Websites and Software