Danny Sullivan has no idea the role he played in my life, but he’s about to find out. His recent decision to pursue new endeavors seems like a good time to tell him.

In 1996, I was the webmaster for a magazine publishing company.  I was assigned to the publication about the Internet. I got the job because I taught myself HTML, owned Cre8pc.com, and animated the magazine’s mascot, which impressed the magazine editor. He had given me my first big break. It was my job to convert the print version from MAC to PC for the website version I was hired to build, maintain and promote. As someone who majored in Journalism in college, seeing my byline in the magazine as “webmaster” was one of the highlights of my life. My website competitor was InternetWorld and I relied on you to teach me how to compete with them in search engines.

By the time I left the company I was responsible for the design, conversion from MAC to PC, and promotion to search engines and directories of 13 websites in the computer and ophthalmology divisions. I was a single mother of two young children, ages 3 and 6, who refused child support and alimony because I had that job and was severely stubborn. I earned below $25,000 a year for a family of 3. Monthly rent and utilities were $13,000 a year.   The company was laying off to impress investors and my time came to lose my job.

My landlord came to evict me when I missed rent. The kids could go with their father but I had no idea where I would go. I was financially struggling and frightened.  My brother in law, an esteemed member of the US Special Forces, was killed. I closed my daughter’s bank account that I started for her because I needed her $50 for food or bills, I no longer remember. I felt completely alone.

Each night I read everything you wrote at SearchEngineWatch. I freelanced in SEO at night and launched the Cre8pc Website Promotion Club, in 1998. I co-created a small business club with someone who wanted me to help members promote their websites. During the night and when my kids were with their Dad, I studied, tested, applied what I learned and earned a trickle of money.  I rarely slept.

When it was time to be evicted, I made a deal with my landlord to avoid being homeless. I promised him I would have rent in a month. I also insanely and stupidly promised one of the magazine publishers, who was worried about me, that I would be able to work as a freelance SEO until the right job came.  I succeeded with both, Danny, because you were my mentor in those long dark hours of the night.

I worked my ass off. I wrote about search engines and promotion from the lessons I’d learned from my own work and testing, which I had continued to do after being laid off.  One of my articles caught the eye of local newspaper reporter who came to interview me in my small condo. I had no office.  My kids had no beds. I couldn’t afford them.  I had written about Yahoo and search engine submission rip offs. Cre8asiteforums was hosted by a friend on a New Jersey farm for free. He and his brother would send me food money for the kids.  Bill Slawski, Jill Whalen and Ammon Johns were my friends by then. I didn’t tell them what I was going through.

I had not met you Danny. I wanted to, but as a single mom trying to survive, conferences were not an option.  I was hired by Unisys to manage 3 Intranets and continued to freelance in SEO and then got my dream job at VerticalNet as a user interface engineer.  I was the SEO for many employees there who had famous websites, including one that was interviewed by Newsweek.

By the time I could travel and speak, I was cross trained in several areas, from software testing to human factors. I became that rebel holistic UX and SEO person by 2001.  Cre8pc.com reported on it all until I retired it in 2014. Cre8asiteforums was sold to Internet Marketing Ninjas in 2012 at the same time that WebmasterWorld was also acquired by them.

I still remember that day, watching you walk up the hallway at PubCon and wondering if you would notice I was even there. I said your name out loud and in my mind, I sounded like a fan girl. I hoped you didn’t detect the awe in my voice if you heard me. I don’t remember if you stopped or if I jumped in front of you like a crazy person. I could have and thankfully erased it from my mind.

It’s taken me over 20 years to thank you for what you did in the 90’s. You’ve touched countless lives and influenced as many careers.  Your businesses, websites and conferences created an industry and frankly, even Google would not have succeeded without you being there to first create the search engine marketers.

As for me, I eventually remarried Eric, raised the kids and gained a step-son. When Eric and I sold our house, and moved into our new one 3 years ago, I cleaned out my office and tossed out a stack of 3-inch wide 3-ring binders stuffed with printouts of your articles from SearchEngineWatch. There was stuff in there from Bruce Clay too, like his diagram of the search engines.  I had completed one hell of a journey. The file cabinet they were shoved into is still packed with folders from years of my work as an SEO and later the person who provided website usability audits for SEO’s. My Website Usability course for the now closed Search Engine College is in it.  It makes little sense to hang onto these folders but I’m not ready to toss them yet.

None of it would even exist if not for you. 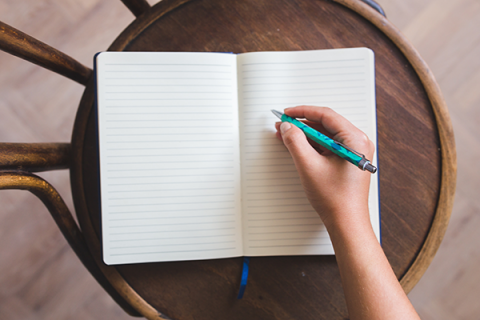