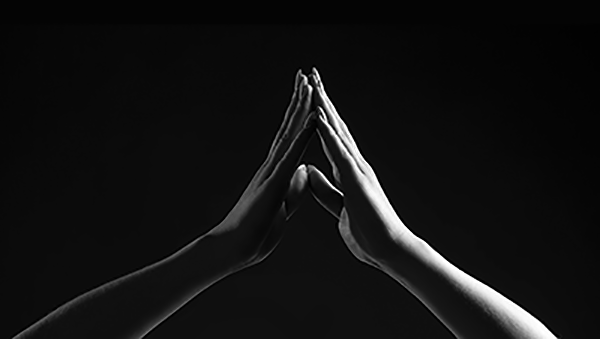 I have struggled to pinpoint the pivotal moment when I became passionate about website usability and accessibility. It wasn’t my path.

The company I worked for in the year 2000 was a hot internet sensation in its day, churning out hundreds of websites in various verticals.  Its stock prices hovered at $300 a share. Employees literally lined aisles and walls and were packed into several floors like sardines hooked up to desktop computers set up on shelves with barely enough elbow room between each person.

I was lucky enough to be in a department where the user interface engineers had mammoth size monitors and actual desks to work at. The only other woman was from Russia and a JAVA developer, who soon after I was hired, left the company and I was alone with my male co-workers who were bonded together. I felt inadequate as a designer.

What I appeared to have, however, was something that a Director discovered about me, which is empathy for the user experience.

I was assigned to build the front end for a web based software application. From the beginning, I disliked what I was being asked to design. It was confusing to understand, the steps were not intuitive, and the specs were rushed.  I had no say in the choices for the design elements.

I had been making web sites since 1995, self-taught, and despite not having any formal training, I had a natural instinct for what was wrong with a user interface.  I didn’t have the words to express it.  I didn’t even know there was a field of study where the words were kept.

I remember dragging myself into work. As a single mom back then, I needed that job, but I wanted to thrive and be challenged.  One day I happened to overhear a sales person selling that software application I was working on that I knew was a train wreck.  My role didn’t include the right to influence the design. Frustrated, I was shocked to hear someone being dishonest with potential customers about a product still in development.  Product viability and integrity matter to me.

My career took a drastic turn while working for that company.  A department head approached me one day to say I was no longer going to be a user interface engineer. He said that he sensed I would be happier in a brand new department they were creating. I was moved to a different location, on the same floor, with a larger crew of men and one woman, and given the role of Software QA Usability Engineer.

I thought I had failed and worried I was close to being fired.

The company was moving in the direction of software development which needed to be tested. They brought in a Human Factors person who trained me and others in usability, while I was also being trained by my new co-workers in the disciplines of software QA testing. My brain was being rewired.

The Director of that new QA department made me feel welcome immediately. He didn’t know anything about usability and user experience either, so I was instructed to learn it and develop test plans and test cases for usability testing. I was also trained in functional testing. Every day was an opportunity to learn something new and I began to thrive.

One of the projects I was assigned to test was the one I had been designing as a UI Engineer.  It failed and in fact, never made it into production.

It is now nearly 19 years later. When I’m asked why I love usability and accessibility, I struggle to find the answer.  I was known in the SEO industry and continued to freelance on the side.  The company didn’t survive the dotcom crash, so I returned to consulting in 2002, combing SEO and UX practices in what I called Holistic UX and SEO.  I taught UX for years to people in the SEO industry and more recently became more outspoken about accessibility.

For me, while empathy for people is helpful in my work, what I think kick started me all those years ago was watching so many people and companies building websites and software for themselves first.  There was this self-centered approach to design and marketing that dragged on for years and crept into discussions with clients and developers who would say, “It works for me”. That’s all that mattered to them.

If the internet connected people globally, we needed to know how to create accessible experiences that would not only work for all of us but grow with us. Universal design, inclusive design, usability and accessibility are labels for the work we do with computer technology and our work as designers and developers. In my mind, caring about what we are creating and showing empathy for the people we are building apps and web sites for, raises up humanity to a more compassionate, sensitive, coworking level of consciousness.

I would be happy to contribute to that.